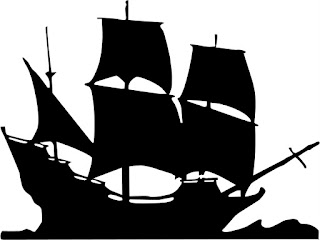 Medieval wives were not always the stay-at-home type, and some of them acted in ways that were far from the mold of what we think of as a spouse.  Jeanne de Clisson was one such.

Born in 1300 as Jeanne de Belleville, Dame de Montaigou, she was married at 12 to the 19-year-old Geoffrey de Châteaubriant. Geoffrey died in 1326, and four years later Jeanne married her contemporary, Olivier III de Clisson of Brittany. The match seemed a good one, and while she was raising the five children she bore him, Olivier was off helping Charles de Blois fight against Edward III of England (this was during the Hundred Years war).

Because of a failure to hold a territory against the English, Olivier was accused of being an English sympathizer. Affronted, he turned an accusation to a certainty and began to support the English. In 1343, although there was no active military engagement going on, Olivier was arrested while at a tournament and taken to Paris, where he was tried and executed for treason.

Jeanne, outraged, sold off what remained to her of the Brittany estates and spent the money on three warships and a crew. She had them painted black, and took to the waters of the English Channel. She hunted down and destroyed ships of the French king, always leaving a few alive to spread the word that it was Jeanne de Clisson who was causing such trouble for the country that killed her husband and lover.

She may have helped provision Edward's forces leading up to the Battle of Crécy in 1346. She was  certainly no threat to English ships, and in 1356 she retired after 13 years of piracy to England, where she married Sir Walter Bentley. After his death, she retired to Hennebont on the coast of Brittany, where she died in 1359. Coincidentally, Hennebont was home to another Breton woman who bridged the gap from feminine decorum to military action.

But that's a story for another day.
Posted by Daily Medieval at 6:30 AM