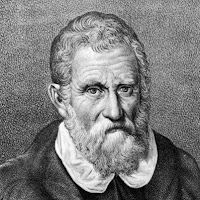 Today is the 758th anniversary (according to tradition) of the birth of Marco Polo (1254-1324). Son of a wealthy Venetian merchant who traded with the Middle East, Marco might have simply grown up to follow his father's footsteps, but he instead followed a different set of footsteps: at the age of 17 he accompanied his father and uncle to Asia.

At the time, Marco's father and uncle had just returned from a trip to the East. They brought with them a letter from Kublai Khan of the Mongols (1215-1294), to be delivered to the Pope, requesting 100 missionaries and oil from the lamp of the Holy Sepulcher in Jerusalem. In 1275, after a three-year journey, the two Polos and Niccolo's son Marco delivered the oil to the Khan. There, we are told, the Khan took a liking to Marco. Marco returned 24 years later to find Venice at war with Genoa; Marco was imprisoned by Genoan authorities because of his participation in a naval battle, and spent his time in prison dictating an account of his travels. The rest, as they say, is history.

But what about history before Marco?

Trade between East and West at this time benefited from the Mongol Expansion (c.1207-1360), because it broke the monopoly on trade routes enjoyed by the Islamic Caliphate. Marco's family was well situated for these travels. His grandfather, Andrea Polo of San Felice, was noble and well-off. Andrea set up his three sons (Marco, young Marco's father Niccolo, and Matteo*) in commerce. They had offices in Constantinople and at Sudak on the Black Sea. Niccolo and Matteo had met Kublai Khan when, on a trading expedition, they met up with his envoys who were returning from visiting the Khan's brother Hulagu in Persia. The Polos were persuaded to make the journey to Cathay to meet the Khan. It was Kublai's first meeting with Europeans, and he was fascinated by what they had to tell him about Europe and the Latin West. He asked them to take his request to their Pope; he wanted to learn all about Christianity and the liberal arts of the growing university system.

Upon returning home, the brothers discovered that Niccolo's wife had died, leaving Marco to be raised by relatives. Pope Clement IV had died and a new pope had not yet been chosen. After two more years with still no papal successor in place, the brothers decided they could wait no longer, and headed East with young Marco. They stopped at Acre and consulted with the papal legate Teobaldo Visconti, who gave them letters for the Khan explaining why their commission failed. They continued East.

Not long after, however, they learned that Teobaldo himself had been named pope, and they turned back to Acre and managed to get communications to and from him. Now, as Pope Gregory X (c.1210-1276), he could only offer a couple Dominicans. These Dominicans lost heart in Armenia when they ran into the troops of a sultan, and turned back for home.

The Khan was pleased to see the Venetians, who did not return to Europe for many years. According to Marco's account, not only did he see coal and paper money for the first time, but he was made governor of Yang-chow, with 27 cities under him, for three years, and given several missions by the Khan to visit other areas in Asia and return with information. It was more than 20 years before the Khan gave them permission to return home.

People of his era had a difficult time believing the stories he told. Later scholars had an even more difficult time: why did he never mention chopsticks in all that time? Or the Great Wall? But the Great Wall was a work in progress, much of which was only built after Marco's time there. And perhaps chopsticks weren't an impressive enough difference to bother reporting; after all, his was a Europe still only slowly adopting the use of the fork.

But, embellishments or not, his name is famous—even if children who play it in a swimming pool have no idea who he was. (And some day soon I'll tell you about the "Reverse Marco Polo," Rabban bar Sauma.)

*Half the sources call him "Maffeo"
Posted by Daily Medieval at 7:34 AM