When Being Pope is Not a Step Up 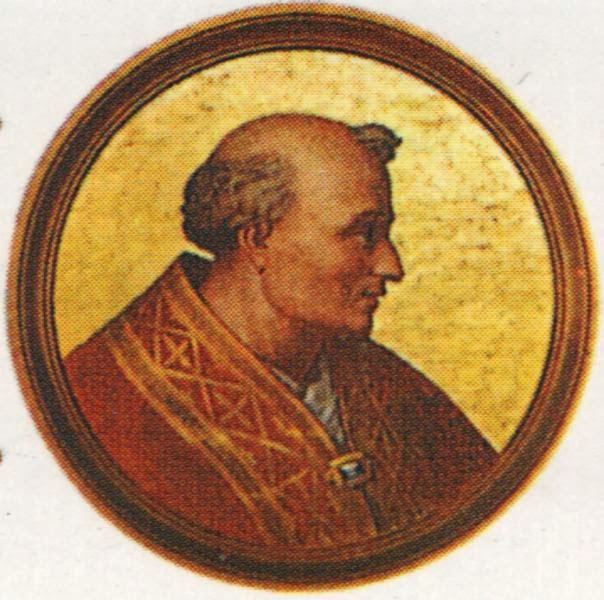 You would think that being named pope is the highest achievement for a man in that particular field, and that it comes with the power to accomplish many great and far-reaching things. And you would be right, for the most part. Consider, however, a man who was already considered great before he ascended to the Throne of Peter, and for whom the papacy took him away from the opportunities to do good.

Dauferius, the younger son of Prince Landulf V of Benevento, was born c.1026. At his father's death in 1047, Dauferius ran away from home to escape an arranged marriage, was dragged back, and ran off again. He ran to the monastery of San Sophia and started calling himself Desiderius. He changed monasteries a few times, seeking a more austere life each time. His reputation for discipline and piety brought him to the attention of Pope Leo IX. It is thought that the pope asked Desiderius to negotiate peace between the Normans and a combined Italian-Lombard-Swabian army. Since the Normans defeated the army that included Desiderius' own countrymen, he would have been glad to help.

Desiderius became a member of the court of Pope Victor II, who influenced him greatly. More than that, however: at Victor's court Desiderius met two monk of Monte Cassino, and followed them there in 1055, where he was steeped in the details of Benedictine rule. Two years later, during a visit from the previous abbot of Monte Cassino, now Pope Stephen IX (though he had never relinquished the title of abbot), the monks were told to elect a new about to replace the pope. The monks picked Desiderius.

As abbot his real work began. He rebuilt Monte Cassino and beefed up the scriptorium, his reputation bringing more monks (there were 200 in his day) and gifts to the monastery. He had been appointed by the pope to reform whatever monasteries he thought needed it, and to appoint bishops from Benedictines if he felt it necessary. His reputation as a wise man and negotiator meant that even factions that were at war with the pope were cordial to Monte Cassino. For almost 30 years he worked to improve his world.

When Pope Gregory VII lay dying, he named Desiderius as one of his possible successors (even though they did not see eye-to-eye on the subject of reforms). When Desiderius learned that a lot of people wanted to see him become pope, he went back to Monte Cassino and tried to avoid the privilege. Pressure was great, however, and he acquiesced, being named Pope Victor III on 24 May 1086. Unfortunately, the antipope Clement III in Rome prevented him from being consecrated and actually moving into the Vatican until 9 May 1087. Much of his time as pope was spent replacing Clement and undoing some of the damage from his papacy.

And then he died, on 16 September; total time actually in office: 130 days.

He should have just stayed in Monte Cassino.
Posted by Daily Medieval at 7:00 AM