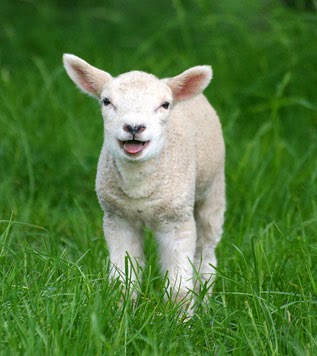 The first of February is the date of the Irish quarter-year festival called Imbolc. Imbolc is Old Irish for "in the belly"; it refers to the time of lactation in ewes and lambing, and was the official start of spring. 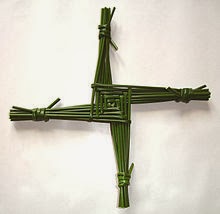 The day became connected with St. Brigid, one of the three patron saints of Ireland.* The conflation of the saint with a fertility goddess leant itself to adding a lot of rituals and traditions to the day. Brigid's Crosses were woven from rushes for the occasion by young females, who would carry them while singing a hymn to Brigid.  Brigid would be invited into the home on the eve of Imbolc so that she would bless the house and family members. The ashes of the fire were carefully raked and smoothed that night; in the morning, they would be searched for any disturbance that suggested that Brigid had passed through. Brigid would be called upon to bless livestock for the coming year.

*St. Patrick and St. Columba were the other two.
Posted by Daily Medieval at 7:00 AM