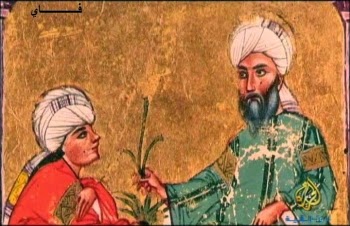 The scholar Steven Runciman tells us of the founding of the group now known as the Assassins. A Persian called Hasan as-Sabah (1050s - 1124), a member of the Ismaili sect of Shi'ite Islam, founded it as a religious group. As a religious group, however, it lacked something:


Wherein exactly his teaching improved on the mystical and allegorical theology of the Ismaili is obscure. His outstanding achievement was more practical. It was to build up an Order, united in strict obedience to himself as Grand Master, which he used for political purposes. [History of the Crusades]

Their recorded actions were more political than spiritual, killing members of the Abbasid Caliphate. They racked up a good score, and also went after Europeans such as Count Raymond of Tripoli (the father of this gentleman), Conrad of Montferrat, Albert Avogadro the patriarch of Jerusalem (1149 - 1214), and they even stabbed (but didn't kill) the prince who would become Edward I of England.

They hid in the Daylam Mountains and were few in number, and so used subtlety to achieve their goals:


[They] were taught different languages, science, trade, philosophy, etc. so that they were able to infiltrate the ranks of their enemies. They didn’t always kill their intended target though, intimidation was often enough to make their enemy think twice. They often left daggers on the pillow of their target as they slept as a clear sign that they weren’t safe anywhere. [source]

In December 1253, the invading Mongol Empire attacked the Assassin stronghold, Alamut, in the mountains. The Assassins were driven out, and although they did return in 1275, their success was brief. They were driven out for good within months and dissolved as an organized group.

The Modern English word "assassin" comes from what they were called, Hashshashin. "Everyone knows" that they were called that because they consumed hashish before conducting their missions. If this were that common a practice for them, however, they might not have been able to operate effectively.

The term we find being applied to them is hashishiyya, used by a Fatimid caliph in 1122. The title is given with no definition. Later English speakers made the hashish connection, but this betrays an ignorance of Arabic. It is in fact a common derogatory  term, and can mean "low-class rabble" or "social outcasts."
Posted by Daily Medieval at 7:00 AM