Queen Elizabeth II of England recently passed a milestone, becoming the longest-reigning monarch of England. I am not certain of the "longest reign" candidates from other countries, but there is well-documented evidence of those who reigned the shortest. 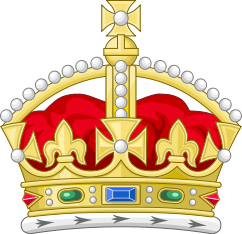 Of course we know about Harold Godwinson, whose nine months and nine days was cut short by William the Conqueror in 1066. Sad for him, but his reign—albeit filled with warfare—was more leisurely than some. With Harold's death, technically he was succeeded by Edgar II, but after one month and 25 days, he relinquished his claim to William.

Empress Matilda was a claimant for the English throne during the Anarchy (discussed here, here, here, and here). She reigned less than nine months in 1141.

King Edmund Ironside (died 1016) ruled Wessex in England for seven months. and seven days King Lulach of the Scots  "beat" him in 1057 by reigning five days fewer, while the Scottish Duncan II lasted less than six months. King Hildebrand of the Lombards was just under seven months, in 744. Dafydd ap Gruffyd lasted for six months and 11 days.

Alexios IV Angelus, who ran afoul of the European 4th Crusaders who helped him to his throne, managed five months and 26 days. But his father, Isaac II Angelus, lasted less than five months. Their usurper, Alexios V Doukas, lasted even less: two months and a week.

Charles II of Hungary was murdered after one month and 24 days, in 1386.

Svein Forkbeard usurped the throne from Æthelred II, but held it only one month and nine days; it went back to Æthelred on Svein's death in 1014.

Then there was the Year of the Four Emperors (in Rome), but that was in the first century CE, and a little too early for a blog with "medieval" in its name. (But, for the record, they were just post-Nero: Galba, Otho, Vitellius, Vespasian.)

If you didn't know how short your reign was, would it matter? King John I of France and Navarre reigned five days. He was the heir of Louis X; John died on 20 November 1316, aged five days!

But... what if John I actually didn't die after five days? I will have a story for you tomorrow about that.