The King That Almost Was 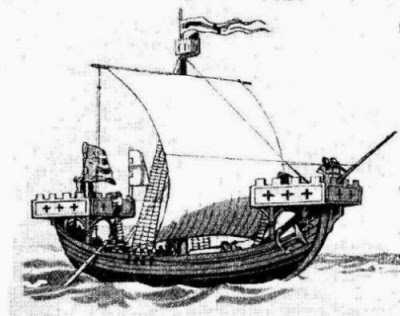 I mentioned here that, after the Battle of Hastings, another claimant to the throne of England had to flee to Scotland in the face of William of Normandy's success. There, Edward's sister Margaret married King Malcolm Canmore of Scotland, and Edward gave up the dream of his line ruling England.

There was, however, a chance for the throne to pass back to his family, after all.

William of Normandy divided his rule by giving Normandy to his eldest son, Robert Curthose, and England to a younger son, William Rufus. When William Rufus was killed in a hunting accident in 1100, the youngest son, Henry, became Henry I of England. In 1105, prompted by his older brother Robert's poor performance, Henry invaded Normandy, succeeding in claiming Normandy for his own within a year.

Henry was not just a good soldier; he was a decent politician. He chose to placate his Anglo-Saxon subjects by marrying a "local" girl, Matilda of Scotland. (There was a small snag, in that she was believed to be a nun, but that was settled eventually.) Matilda was the daughter of Malcolm Canmore and St. Margaret of Scotland, and therefore the granddaughter of Edmund Ironside, a previous Anglo-Saxon king. Marrying her and having heirs would put a combined Norman-Saxon king on the throne. That king was William Adelin ("Adelin" was a form of Ætheling, the Anglo-Saxon word for "prince" or "noble"). He was born in 1103, and while in his teens was called rex designatus [King designate].

Then came the night of 25 November, when William Adelin and his brothers made some bad decisions while in command of the White Ship on their way back to England from Normandy. Henry lost all his sons in the disaster. Henry's attempt to place his daughter on the throne led to a period called The Anarchy, after which the throne was taken by the very un-Saxon (and reportedly unpleasant) Stephen of Blois.
Posted by Daily Medieval at 7:00 AM