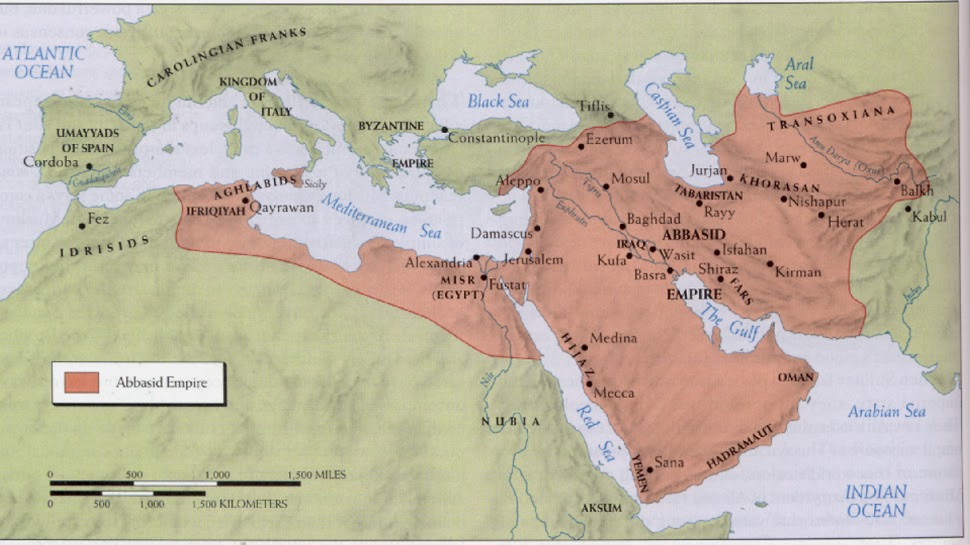 The Abbasid Caliphate has only been mentioned so far as a target of the Assassins, but deserves more attention. Descended from Muhammad's uncle Abbas, the caliphate took power from the Umayyad caliphate and ruled from 750 until its conquest by Mongols in 1258.

That means that the Abbasid Caliphate was "in charge" during many of the Islamic interaction with Europe mentioned in this blog:


Besides math and philosophy, the Abbasid Caliphate was at the forefront of technology, adopting the use of Chinese paper-making techniques and gunpowder. Arabs developed the sextant, windmills for industrial use, and kerosene from petroleum.

The Abbasid's first capital was Kufa, on the banks of the Euphrates, but they shortly chose a different city, whose only shortcoming was that it did not exist.