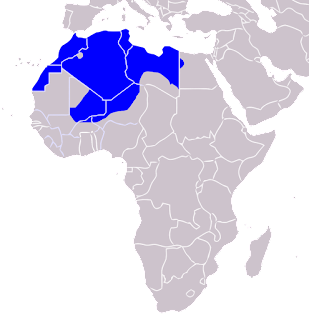 They call themselves the Amazigh, but history knows them as Berbers, who inhabited northwestern Africa since at least 10,000BCE. The etymological origin of "Berber" is problematic. The obvious guess is that it comes from the Greek βάρβαρος ("barbaros"), used by the Greeks to refer to any non-Greek speaking people. One scholar thinks instead it's from the Bavares, a tribe known to exist in Mauretania from the 3rd to 5th century CE.

As Muslims moved westward across northern Africa, Arabization had a profound effect on Berber culture: tribal practices were replaced with Islam. During the 12th century, Christian and Jewish communities became marginalized, although Jews continued to exist as dhimmis, protected peoples.

Prior to the influence of Islam, however, most Berber groups were either Christian or Jewish or Animist. One of the most famous of early Christian fathers, St. Augustine of Hippo, was from a Berber family. On the other hand, so possibly was Arius, an early heretic. Another Berber who created an approach to Christianity that did not suit the mainstream was the heretic Donatus Magnus. Let's dabble in heresy next time.