Ephesians 1:11 says "In him we have obtained an inheritance, having been predestined according to the purpose of him who works all things according to the counsel of his will." The Old and New Testaments as well have other passages that declare God's will as the driving force behind all actions and events. 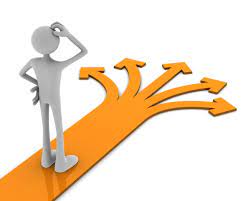 Augustine of Hippo (354 - 430 CE) was fine with this. He maintained that God had foreknowledge of whether individuals would deserve heaven or hell. If God is omniscient, and omniscience includes knowledge of what is to come, then God knows what people will do. He also explained the sin of Pride as thinking that we are the ones who choose God rather than God's grace that empowers the initial act of faith. Some scholars claim that Augustine believed in "double predestination," the term that is used to explain that God chooses those who will be saved and those who will be damned.
(This seems to argue against the doctrine of Free Will, that human beings choose to do good or do bad, and hence are responsible for the ultimate fate of their souls. In my (Roman Catholic) youth, we were taught that God's knowledge does not "lock us in" to a certain path. It was explained as foreordination: God simply knows ahead of time the choices we will make.)
Of the three main Jewish sects in the 1st century CE, the Romano-Jewish historian Josephus (c.37 - c.100) wrote that the Sadducees did not have any thoughts on predestination, but the Essenes and Pharisees felt God's providence ordered all human events. The Pharisees still believed that man could choose between right and wrong. We don't know how scholarly an interpretation this was by Josephus.
Pope Clement I (d.99 CE) wrote a letter to the Corinthians in which he appeared to express a predestinarian view of salvation.
Valentinus (c.100 - c.180 CE) believed it depended on what kind of nature you were born with, either good or bad or a mix of the two. A person born with good nature will be saved, with a bad nature will never be saved, with a mixture can go either way.
St. Irenaeus believed Valentinus' view was unfair, and that humans were free to choose salvation or not.
After Augustine, most arguments for or against predestination were based on agreeing with or refuting his explanations.
When the Middle Ages got well and truly underway, people like Gottschalk of Orbais (c.808 - 868) believed in the above mentioned double predestination. (I will say more about him tomorrow.)
Thomas Aquinas believed in free will, but also taught that God predestines certain people to a special closeness to God (called the beatific vision) based solely on God's own goodness.
William of Ockham (c.1287 - 1347) taught free will, but God predestines based on people's good works that He foresees.
The Cathars denied free will.
This is a subject on which there is likely never to be universal agreement.
That Gottschalk of Orbais really stirred things up when he weighed in. Stay tuned.
Posted by Daily Medieval at 7:00 AM