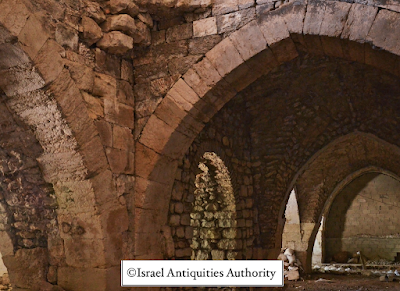 The Hospitallers were nicknamed thus because they were founded by members of the First Crusade who joined together to protect a hospital built at the Benedictine monastery of Saint John the Baptist. That hospital and monastery were in Jerusalem, in a section of the Christian Quarter called Muristan. In fact, "Muristan" comes from the Islamic Bimārestān, meaning "hospital." The hospital in question, however, built in 1023, was not the hospital for which Muristan is named.

The name Muristan appears much earlier, due to a hospital built by Abbot Probus about 600CE at the orders of Pope Gregory I. This was built to treat ill pilgrims who made the trek to the Holy Land. We should note that this is long before any Crusades to "liberate"—actually, "conquer" would be more accurate—the Holy Land. Muslims, Jews, and Christians all managed to coexist through many periods of time—though not always, as you'll see. About 614CE, a Persian army invaded, killing Christians and destroying their structures, including the hospital.

Jump ahead 200 years, and Charlemagne in 800 (after being crowned Holy Roman Emperor) revived Probus' hospital and expanded it, adding a library (Charlemagne was a great supporter of learning, as you can read about in a 2013 post.) Unfortunately, in 1009, Caliph al-Hakim bi-Amr Allah (sometimes called "the mad caliph" or the "Nero of Islam") destroyed the hospital as well as thousands of other buildings.

Which brings us up to 1023, when merchants from Amalfi and Salerno requested of Caliph Ali az-Zahir the opportunity to rebuild the hospital. It was granted, which brings us back to the Hospitallers several decades later, and the incarnations of the hospital are complete.

But there is a postscript. During excavations for a restaurant, he original structure was discovered and explored between 2000 and 2013 by the Israel Antiquities Authority. At its heyday, between 1099 and 1291, it was 150,000 square feet and could accommodate up to 2000 patients. Evidence exists that it served kosher food to Jewish patients, and that it also housed orphans, many of whom joined the Hospitallers. Bones from horses and camels found suggest it was also used as a stable. Part of a vaulted roof will be incorporated into the restaurant, and so the first home of the Hospitallers lives on in some small fashion.

But what about the "mad caliph" who destroyed a hospital and the kind caliph who let one be built? Would you believe they were father and son? Sometimes the apple does fall far from the tree, which we'll go into tomorrow.