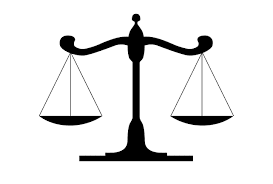 I'll admit: I'm not a lawyer; I don't understand current legal terms (most of which are Latin holdovers from the Middle Ages). I'm fascinated, however, by the legal terms that were used centuries ago. Here's a list, some of which are still used (if not commonly known), that are dealt with in the Treatise of Glanvill.

Curia Regis: the King's court, including administrators and advisers for the king, replaced later when Parliament evolved.

eyre or iter or general eyre: the clue is in the Latin iter, in that this was an itinerary taken by a traveling judge who made a regular circuit to hear cases in different areas. We still use "circuit court."

essoin: an excuse for not appearing in court; the person who takes your excuse to the court on your behalf was the essoineur.

purpresture: we might call this "public nuisance" these days; you could be prosecuted for blocking a thoroughfare or encroaching on someone else's (especially the king's) property.

dower: not "dowry" which was a pre-marriage provision; dower was a provision made by a husband or family for a wife, giving her financial support should she be widowed. In the popular show Downton Abbey, Maggie Smith plays the "Dowager Duchess"; that is, she is a widow who is financially independent because her husband provided for her in the event of his death.

villeinage: the Treatise has an entire section on the rights and treatment of villeins, who were serfs tied to the land they worked; that is, unlike a freeman, they could not pick up and move to another estate to seek work.

In fact, villeinage is a good stopping point here, and a good jumping on point for tomorrow, where I'll give an overview of the strata in the feudal system.
Posted by Daily Medieval at 7:00 AM

Email ThisBlogThis!Share to TwitterShare to FacebookShare to Pinterest
Labels: law