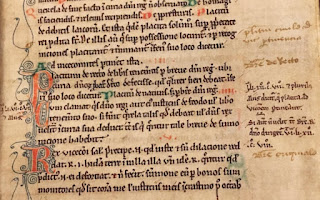 The Treatise of Glanvill was the earliest comprehensive treatise on English Law. It's full name is Tractatus de legibus et consuetudinibus regni Angliae ("Treatise on the Laws and Customs of the Kingdom of England"), produced in .

Prior to this, England was managed by a blend of Anglo-Saxon laws and Norman laws. The Treatise codified the laws that were considered most useful, and introduced the innovation of writs.

Writs had existed in Anglo-Saxon law as a brief administrative order—usually a land grant or instructions to a local court—attested to by a seal. After the Norman Invasion, William had writs produced in Latin (rather than Anglo-Saxon), and increased their use to cover more parts of the increasingly complex administrative purview. Henry expanded the use of writs to cover instances of individuals seeking justice. He would hear grievances as his court traveled around the country and have his decisions codified in writs.

So why was it colloquially called the Treaty of Glanvill? Henry liked to pick capable men to implement his ideas, and Ranulph Glanvill was one of those. I'll tell you about his career tomorrow.